After spending nearly 6 weeks between Australia and New Zealand, Ben and I have some final thoughts on our friends from the Lands Down Under:

1. Driving on the right side of the car, on the left side of the road is just silly. Sure, we got used to it eventually (though even by the end I still had to talk myself through left and right hand turns before I made them), but wouldn’t it be easier if we all drove on the right (and correct) side of the road? Two thirds of the world already does it—why don’t you join us? I will give you one thing, you guys have the cutest road signs I’ve ever seen:

2. The food: this is more for the Aussies than the Kiwis…why on earth have you adopted so many aspects of British cuisine? I know you’re all part of the Commonwealth, but there are some things worth adopting (like high tea) and others worth rejecting. Between the tragic burgers and all that meat pie business, Australian food was a bit disappointing. Also, adding rice to a dish or sticking meat in a tortilla does not Mexican food make. I know South America is far and thus Latin immigrants are harder to come by, but there are plenty of cooking shows and books to teach you proper Latin American food recipes. Do yourself a favor and take the time to learn the magic of Adobo, sofrito, cilantro, and lots of garlic—you’ll thank me later. For the sake of being fair, I did enjoy your appreciation for passion fruit and kiwi flavored desserts, and lord knows I enjoyed high tea. Gonna miss it A LOT.

P.S. Why on Earth is Coke Zero so expensive here? It’s really quite cruel to make something so essential to life so expensive when I’m trying to keep to a budget.

3. On the plus side, your cutesy vocabulary is THE BEST. I wish Americans would adopt terms like brekkie (breakfast), sunnies (sunglasses), and barbie (BBQ), not to mention Macca’s (much better than Mickey D’s). There’s plenty of other great slang worth noting: 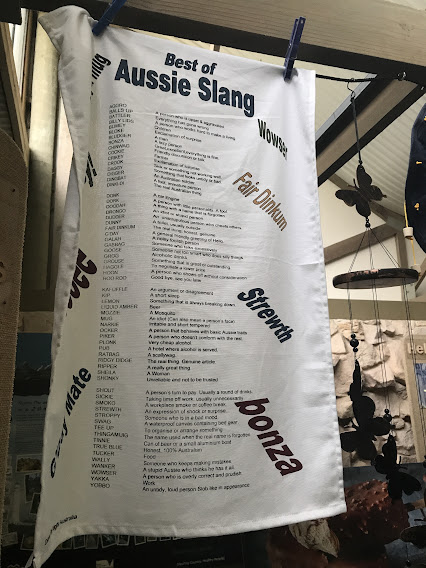 4. Aussies, I know you’re sick of hearing this, but really…why is EVERYTHING trying to kill me? My some sheer miracle, we didn’t run into any of Australia’s deadly spiders or snakes IRL, but seeing those terrifying specimens at the zoo was enough to traumatize me. Like why are there CROCODILES and flesh-eating sea lice in the ocean? Just no. As if I wasn’t terrified enough of the ocean as it is! New Zealand—good job on managing to keep these deadly creatures away from your lands. 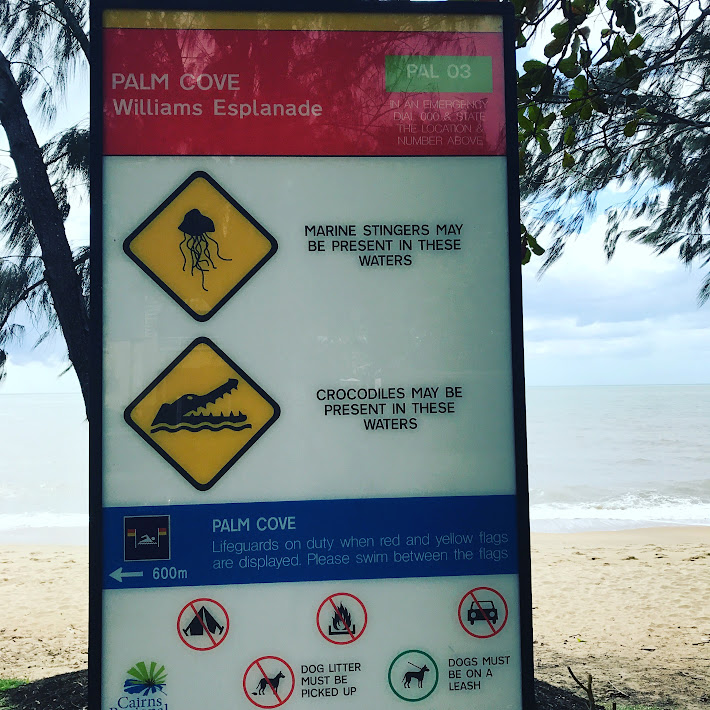 5. Neither country has figured out public transport.

First, tap on/tap off systems (with different fares based on distance travelled) are terrible—not only do they often unfairly penalize people who can’t afford to live within the downtown city limits, they are also impossible to figure out if you’re just a visiting tourist. How the hell am I supposed to know what fare zone I’m in and which one I’m going to when I’m visiting a different attraction each day? Just make it one flat fare, paid when you get on the bus/train, and simplify everyone’s life. [To be fair, there are cities in the US with systems like these—namely DC—and I whine about them too.]

Also, if you’re going to have a reusable card system, don’t charge me $5-10 for a piece of plastic! Guilty parties here are Melbourne, Rotorua, and Auckland. Never again will I complain about NYC’s $1 Metrocard charge. Sydney has a card, BUT it’s free—good job.

Lastly, and perhaps most importantly, if you’re going to offer public transport, please have it run with reasonable frequency AND as close to on time as possible. Melbourne and Sydney figured this part out okay, but Rotorua and Auckland/Waiheke failed miserably—you can’t have the bus run only every 30+ minutes and ALSO have it be 15+ mins behind schedule…how do you people get anywhere on time???

6. Australia’s political drama is so much funnier than ours. Apparently the Australian Constitution states that elected officials can’t have dual citizenship (they must be Aussie citizens only) and it was discovered that the deputy PM had unknown Kiwi dual citizenship (his father was born there and so he has it by default). Soon after that little tidbit came out, several other elected officials came out with dual citizenship from various other countries, and it all turned into a huge drama. Now everyone’s job is being questioned and who knows what will happen–some have already resigned! Listening to news anchors and radio show hosts discuss this was honestly too good. I WISH this was America’s biggest problem. Instead we have The Donald. 🤦🏽‍♀️

7. Why are you guys so morbid re: fire danger? The Aussies were worse than the Kiwis on this one, but not by much. It’s not that I don’t take fire seriously, but you’re going to scare tourists away with all of these signs indicating the level of fire danger and fire evacuation zones—unless that was your plan all along?

8. Why do your restaurants shut down for several hours in the middle of the day? I know everywhere can’t be like NYC with 24-hour food availability, but I should not have a difficult time finding food at 3pm. This seemed to happen more in Australia, but perhaps we just learned our lesson after scrounging for food for a couple of weeks in Australia and learned to eat at ‘acceptable’ hours thereafter. But seriously…you’re losing a ton of business by shutting down between typical lunch and dinner hours and I’m sure there’s an unemployed person who would be happy to take that afternoon shift. [I would never suggest that you all step away from your appropriate work-balance schedule—this is something America can undoubtedly learn from you (along with a proper living wage).]

9. Do Australia and New Zealand love or hate each other? Maybe it’s both? While in Aussie-land, we heard so many Kiwi jokes and the opposite held true once we crossed over to NZ. When I asked locals what it was all about, of course it came back to a ‘healthy’ sports rivalry…that’s where they lost me, because I can’t even figure out American sports, much less rugby and cricket. It felt sort of like a sibling rivalry from an outsider’s perspective: you tease each other but deep down you love each other and would defend each other from outsiders. That said, the recent political drama seemed to ruffle more feathers than usual.

10. Last, but most definitely not least, THANK YOU for introducing me to The Chase. I love love LOVE it. It’s originally a British TV show (and they show the re-runs in Australia) and then they made an Australian version, which also airs in New Zealand. We discovered it early on during our time in Australia and became obsessed thereafter (especially since most of our TV access was limited to very basic channels that often aired reruns). I had grand plans to suggest it to a US network and make my millions from such a great idea, but I’ve just discovered that they already tried a US version and it apparently failed. That said, they aired it on the Game Show Network which I didn’t even realize is a TV channel so that’s kind of dumb…I vote they try again. For those of you who like TV show games, please try it! It’s basically Do You Want To Be A Millionaire?-like trivia but without the phone a friend, etc assists PLUS you play against a super smart opponent who tries to ‘catch’ you—thus “The Chase”. At the end, all of the players who are left play together as a team to answer as many questions as possible in a set period of time, and afterwards The Chaser must answer a different set of questions in the same period of time and try to beat the team score. Add on all of the terrible British/Aussie humor and you’ve got yourself a hit. Definitely going to figure out a way to watch the Brit and Aussie re-runs from the US when we’re back home.