To say that I’ve been slacking would be a serious understatement…sorry! Here we go again:

After 2 much needed (semi-relaxing) weeks over the Christmas holidays with family in Luxembourg, we headed towards Greece. We decided ahead of time that this would be our only European stop on our RTW tour, mostly because we’ve both been lucky enough to see a good amount of western Europe already. I’ve wanted to go to Greece for so long and all I’ve ever pictured are the adorable, picturesque islands, but alas this was not in the cards. Greece is too cold in January for any real island action (in fact, most of them basically shut down), so we stuck to the mainland and focused our energies on ancient Greece instead. Here are the highlights:

This day was lost to travel (Lux –> London Heathrow –> Athens) due to a long layover and wouldn’t even be worth mentioning, except for the fact that it will always be known as “January 4, 2018 – the day I lost my glasses at London Heathrow”. In retrospect they must have fallen out of my backpack’s side pocket while up in the overhead compartment of my first flight, but of course I didn’t notice until I’d left that terminal and could no longer go back (per British Airways airport staff). Instead, I banked on the Lost & Found service properly identifying them and sending them back to me–a process I was told would be quick and simple…NOT. More on this later. We got into Athens really late that night, so we just picked up our rental car and crashed at a nearby airport hotel for the night.

First stop: Meteora, an area of rock formations in northern Greece that’s home to various Orthodox monasteries. You’ve got to see this craziness to believe it. 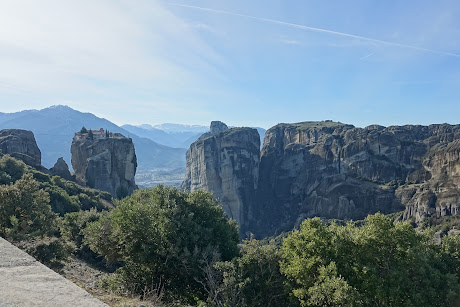 It’s a long drive out there from Athens (~4 hours), and we only got to town in time to visit one of the monasteries on the first afternoon (St. Stephen’s Monastery) and then another two the next morning (Great Meteoron Monastery and Holy Trinity Monastery). St. Stephen’s, built in the 1500s, is the easiest to access, as it has a bridge that goes right up the entrance–a perfect place to start. The views of the valley were spectacular. 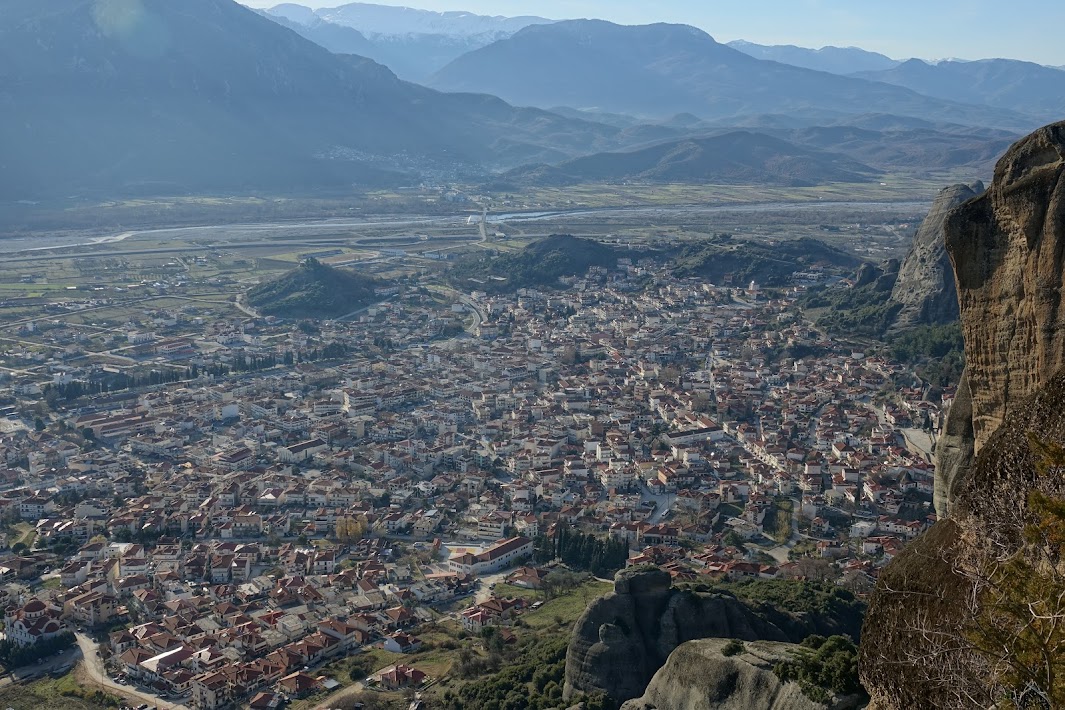 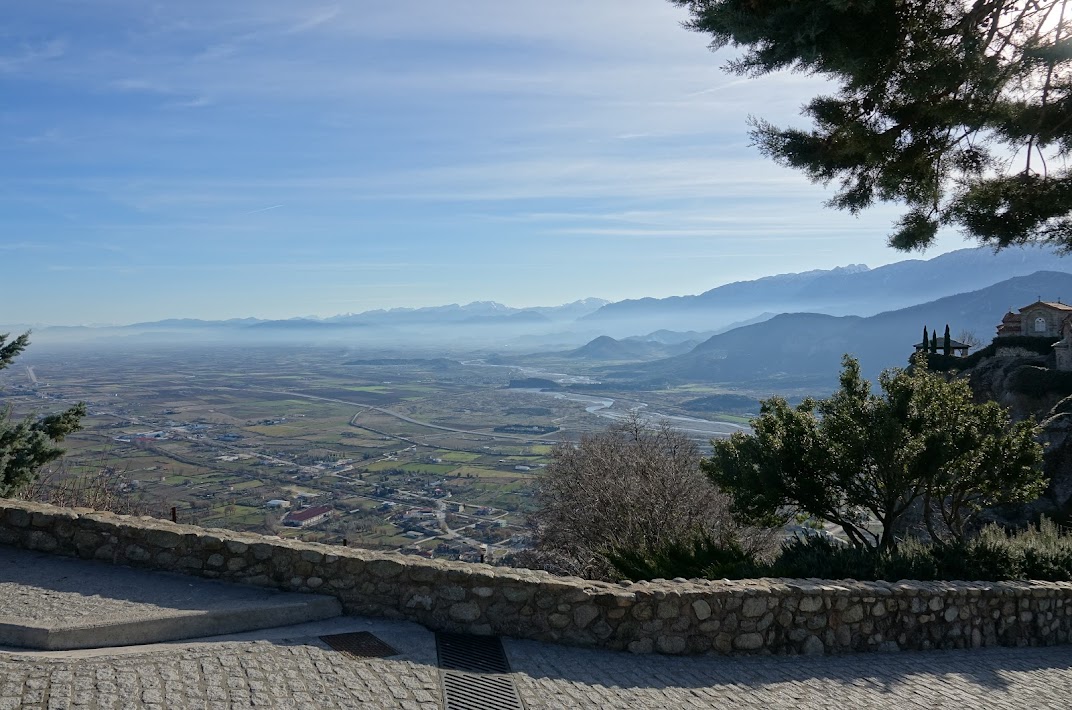 My one complaint: since it’s a convent, I figured they’d have reasonable restrooms for female visitors…I was wrong:

Great Meteoron is the largest and oldest of the monasteries, so this is a must see. The place is MASSIVE and seriously impressive. 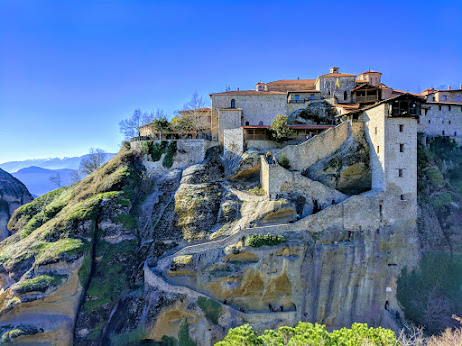 Holy Trinity is the most difficult to reach (you have to walk down towards the valley from the road and then up 140+ steps) but a must-do because it’s just too cool to not try.

All in all, Meteora is kind of awesome. It also helps that I had the best hot chocolate of my life there at Mikel Coffee Company. I mean seriously…look at it!

We made the long drive back to Athens later that afternoon to check into our hotel for the rest of our time in Greece, and then grabbed some dinner nearby at Enastron. Yummy food and a 5 Euro carafe of wine? Sign me up!

From Athens, we took a day trip to visit Corinth, Nafplio, and the surrounding area (we skipped Olympia on purpose…just too far to justify). Ancient Corinth is (unfortunately) basically gone but they’ve got a museum with key artifacts plus a still-standing part of the Temple of Apollo: 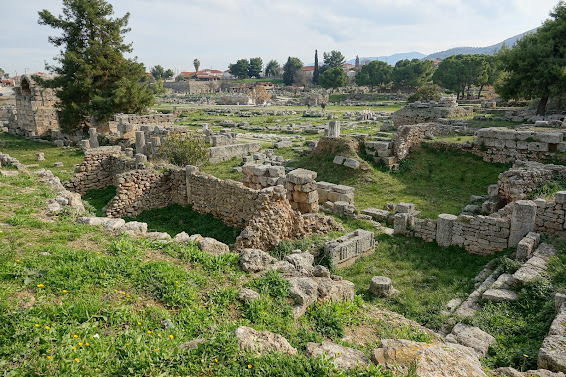 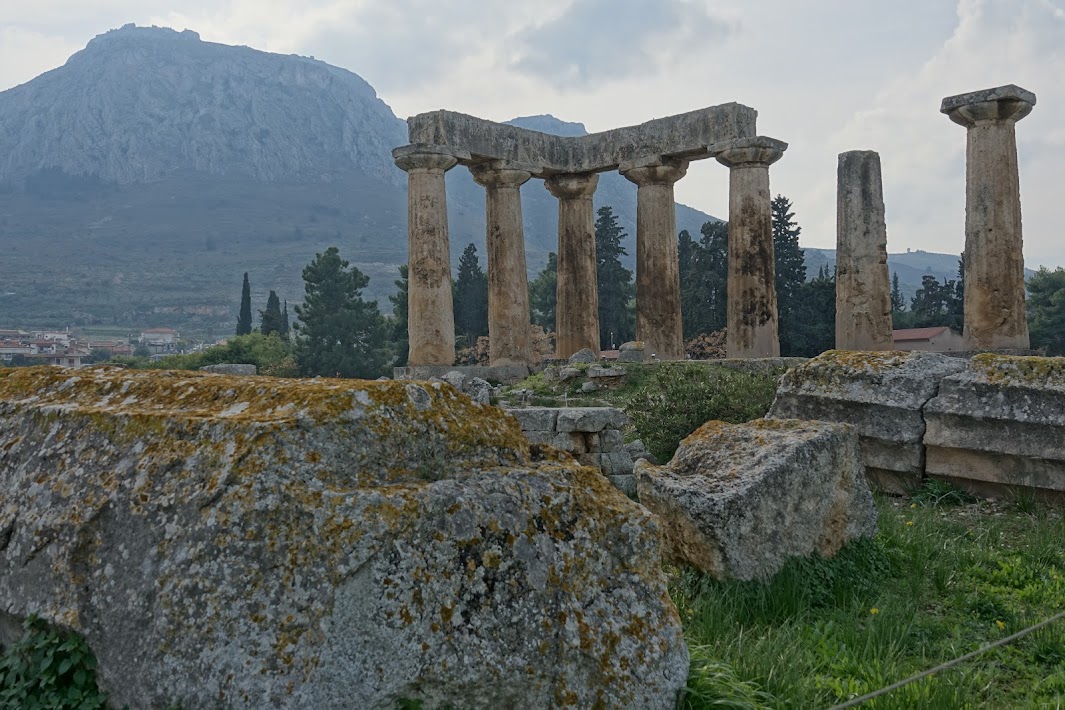 We also visited the Corinth Canal, a manmade passage built in the 1800s that never quite panned out the way they wanted it to but is still pretty neat to walk across. 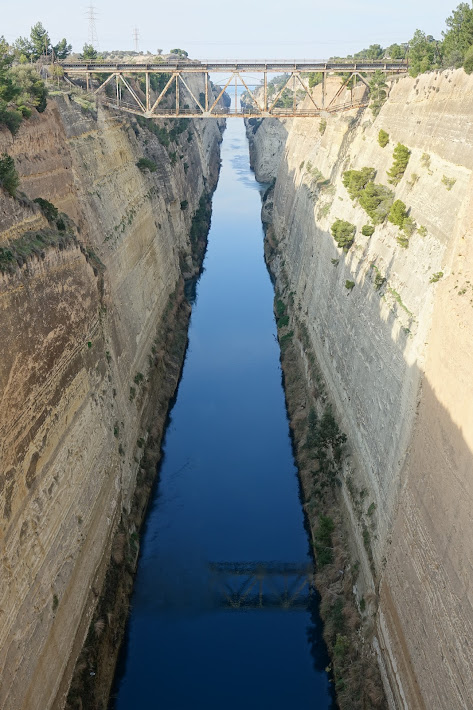 From there we drove south to visit the Epidaurus Theater, an ancient Greek theater built in the 4th century BC (!!!) that’s in pretty decent shape and is still used today for some performances. This place was huge and impressive. 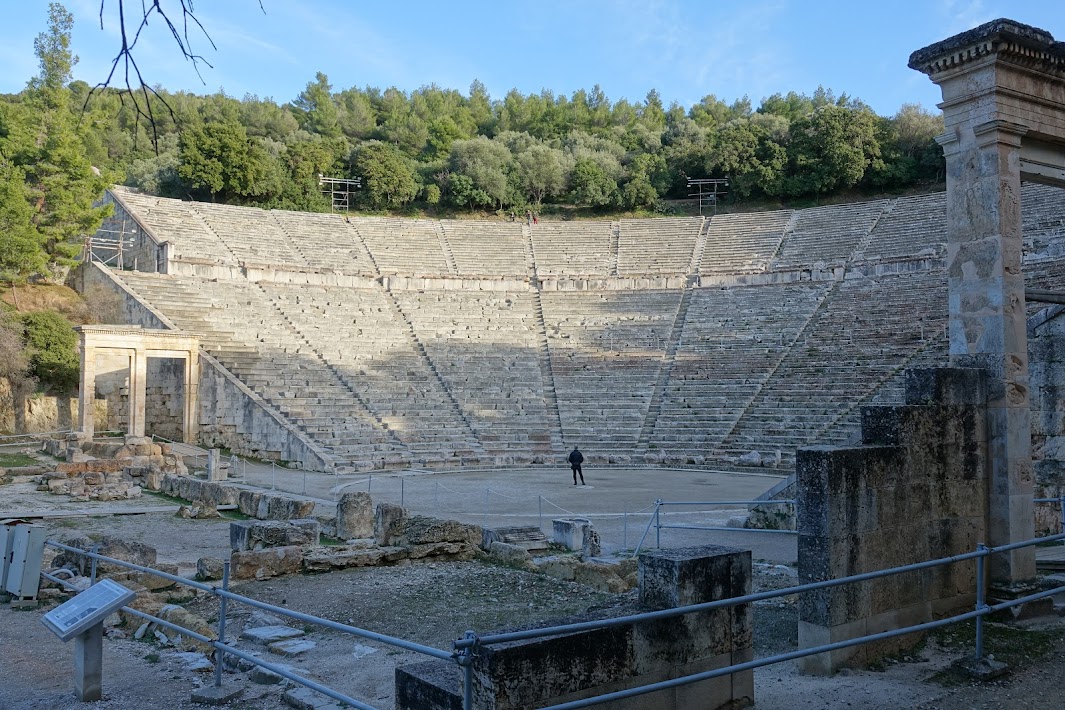 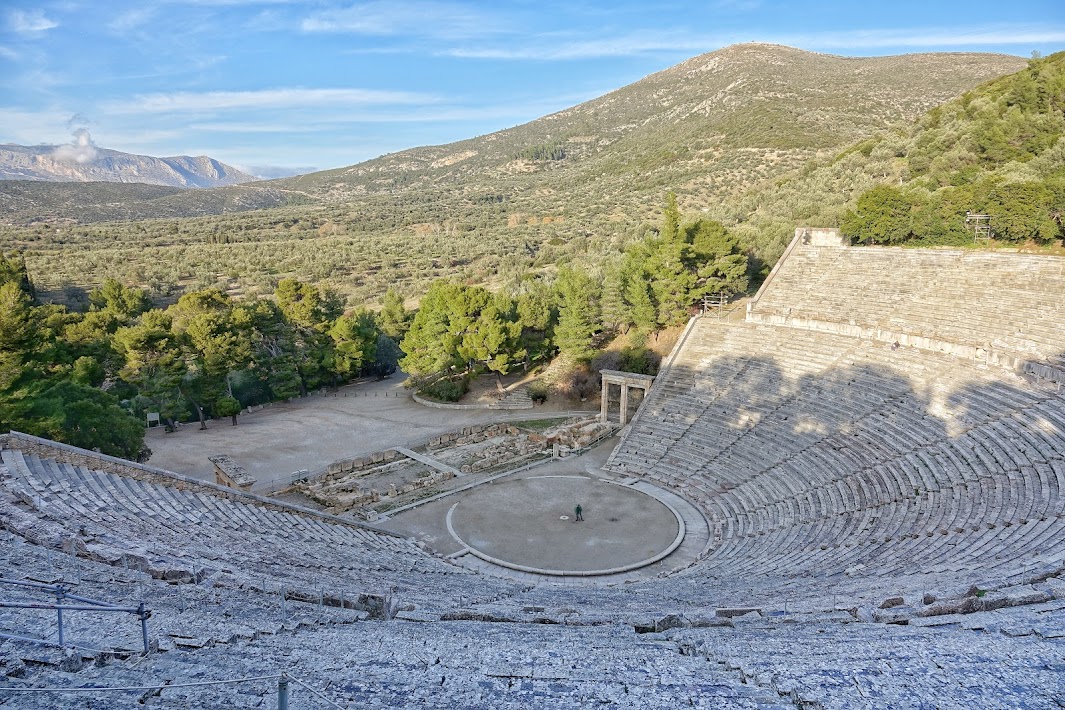 Next (and last) stop: Nafplio. We didn’t make it to the Palamidi Castle/Fortress in time to head inside, but we did get to take pictures from the vantage point there and it was pretty incredible: 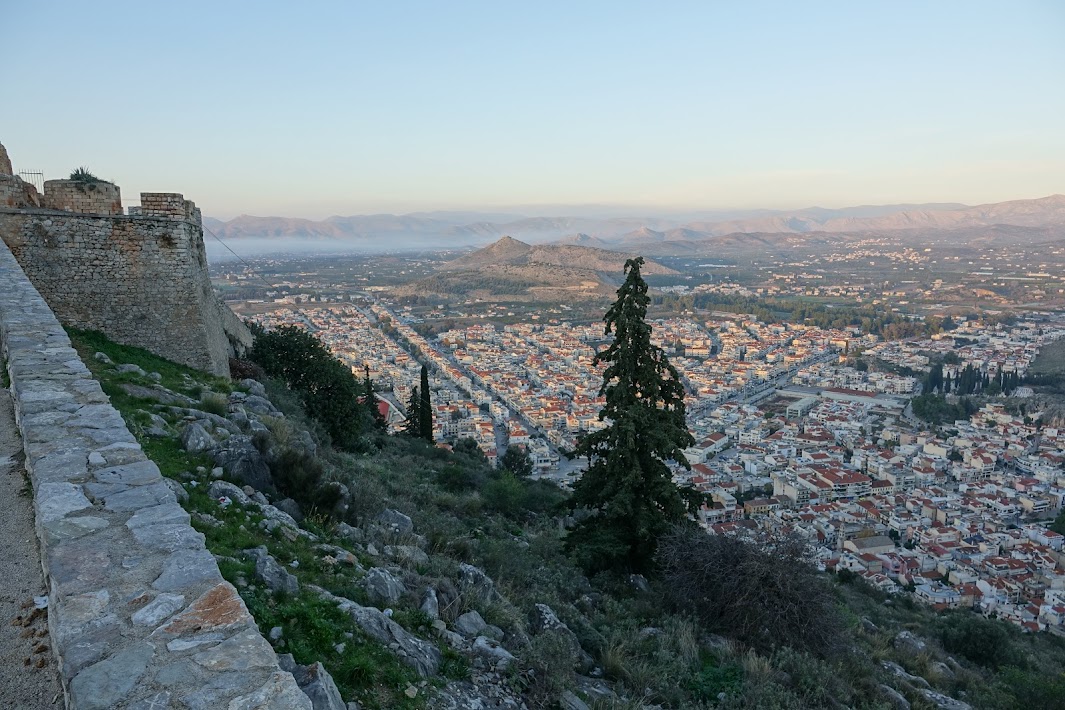 Once we drove down to the actual town, the views from there didn’t disappoint either. Such a cute little town. 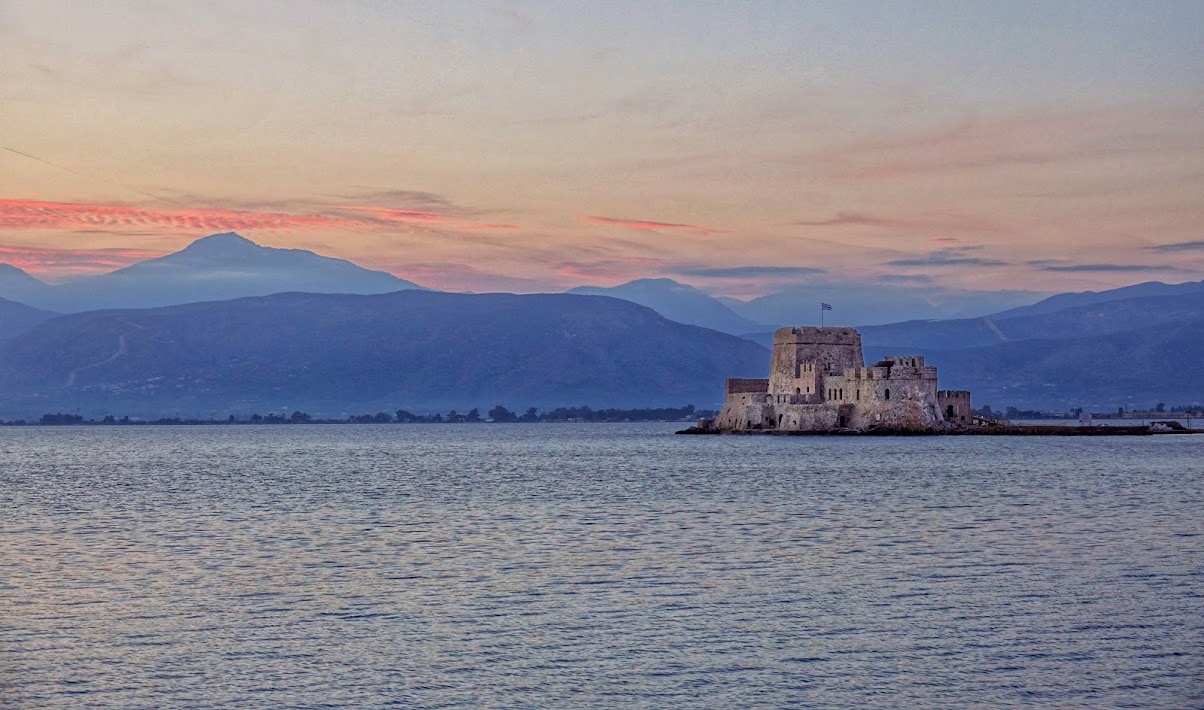 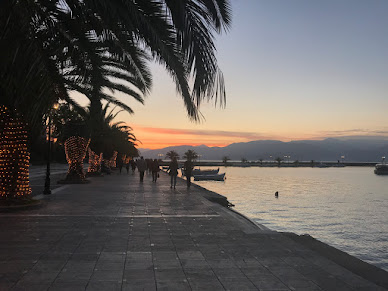 Day 172: The best gyro of my life (plus some of the best views of my life)

We made another day trip the next day, this time to Delphi, an ancient city built on the slope of Mount Parnassus and 1000000% worth a visit. They’ve done a lot of restorative work in this city, and while there’s a way to go, it’s still pretty damn impressive. The fantastic views don’t hurt either. Warning: you start at the bottom of the city and work your way up, so be prepared to work hard for your lunch. 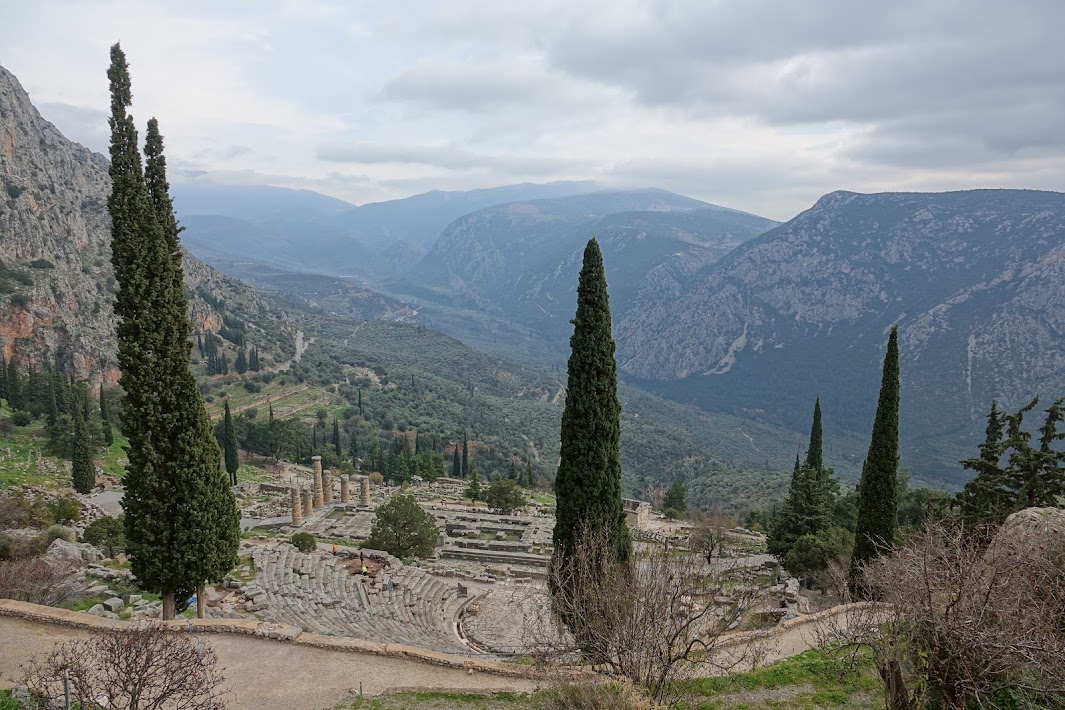 In order to get to Delphi from Athens, you have to drive through a small mountain town called Arachova and 1) it’s adorable and 2) it has a small shop selling the best gyros I’ve ever had in my life. I’m still salivating over it.

We spent several days in Athens, getting to know the city and slowly making our way through the endless ancient ruins. The Acropolis is a serious sight to behold. 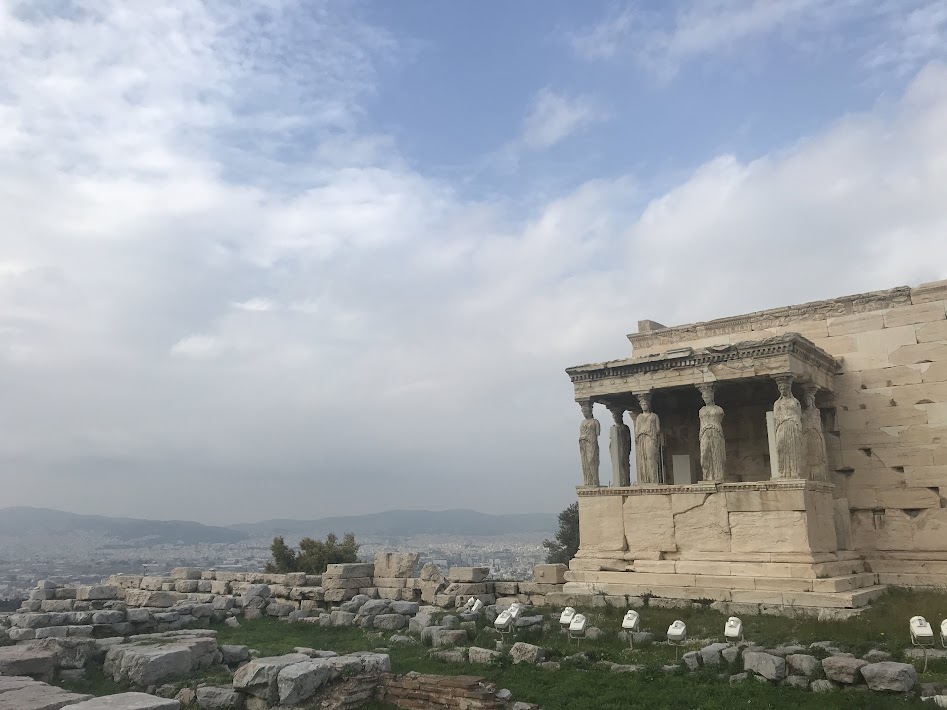 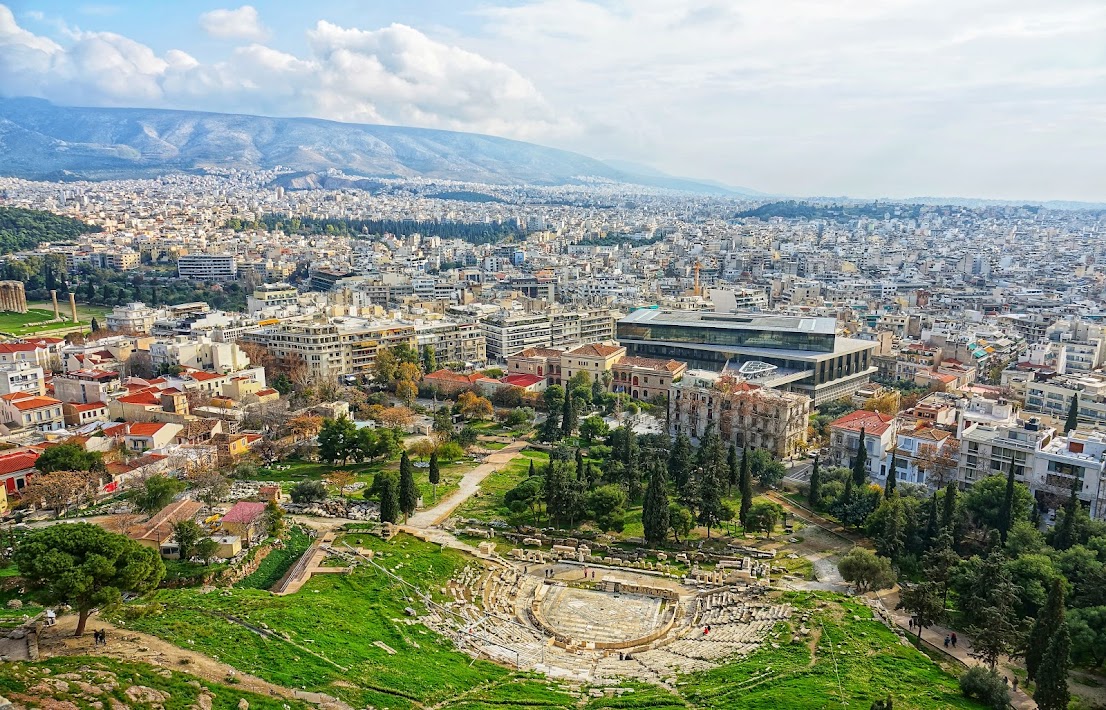 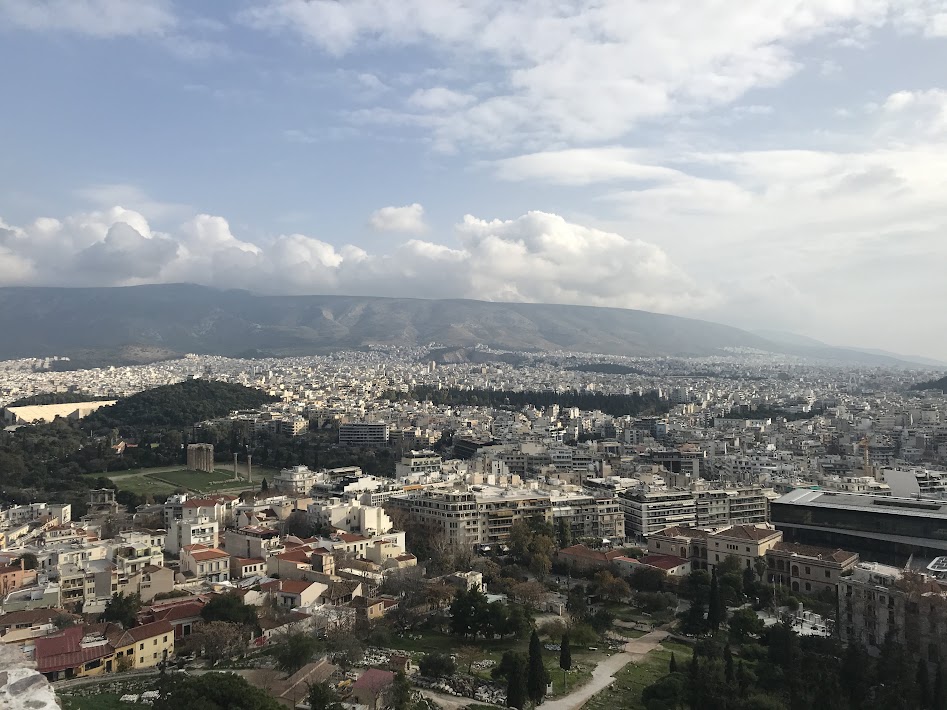 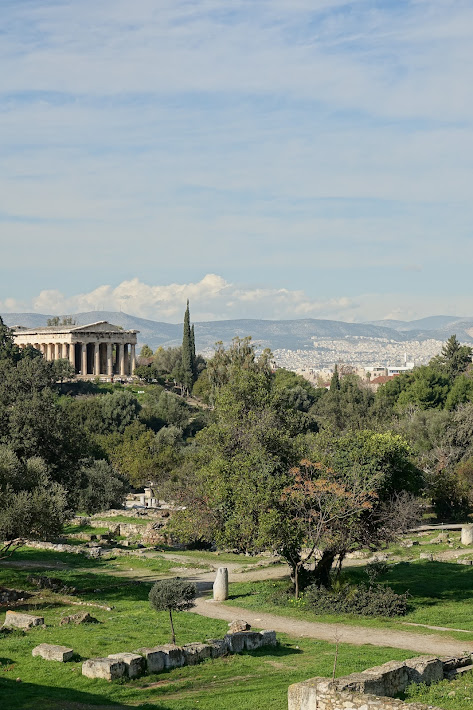 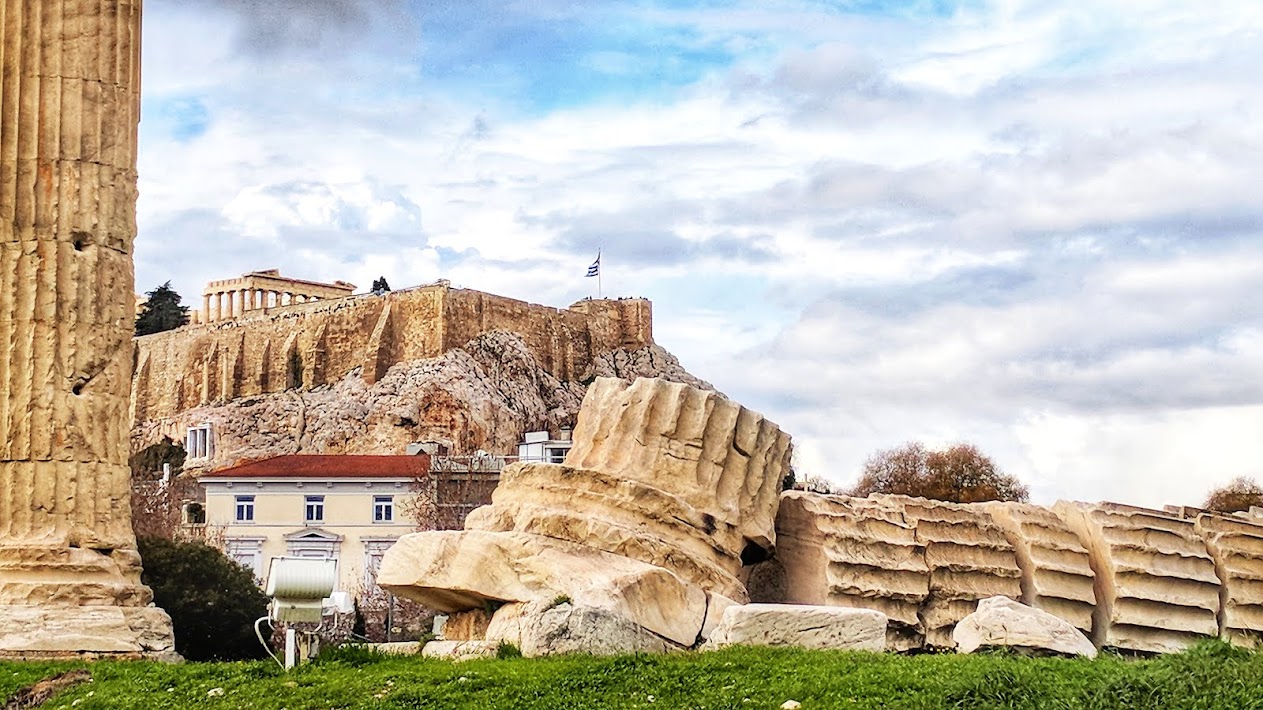 And so ended our time in Greece! Final thoughts:

1) Greece is full of so much history (easy to forget when you’re staring at pictures of their beautiful islands) and it’s 10000% worth it to explore some of their ancient ruins.

2) Driving in Greece can be a little nerve-wracking, but it’s doable so don’t be afraid–just be careful and get out of their way when they’re barreling down the highway!

3) Greece is FULL of stray cats. At first this really stressed me out, but it turns out that they’re treated pretty well and are almost seen as neighborhood animals. I never saw a skinny one so clearly they’re getting food somewhere!

4) I’m pretty sure everyone in Greece smokes, and they’re allowed to do it essentially everywhere. If you’re a smoker, you’ll be fine–in fact, you’ll probably be in heaven. If you’re not a smoker, it will often be pretty damn unpleasant. You’ve been warned.

5) Eat the gyros, especially when it’s a little rando hole-in-the-wall shop with the typical ‘meat on a stick’ setup. Yum yum yum.